Hanoi - the capital of Vietnam is one of the most popular attractions in Vietnam. It is really an interesting and must - see destination to visit and discover in Vietnam. Coming here, tourists will feel the ancient and bustling pace of life in the city. There are many stunning and beautiful spots to visit, historical and cultural heritage sites to take a visit to and a lot of interesting activities as well as delicious dishes to experience and taste.

First of all, Hanoi has a lot of cultural and historical heritage sites to visit such as: Temple of Literature, Ho Chi Minh Mausoleum, Hanoi Opera House, The Imperial City of Thang Long, Hoan Kiem Lake, Hanoi Old Quarter. These are famous places in Hanoi that you should not miss to visit and discover in order to get to know more about the history and culture of the thousand - year - old city.

Besides it, Hanoi is considered an ideal place to experience the nightlife and taste special cuisine. You will have a chance to take part in a lot of exciting activities in Hanoi's nightlife such as: wandering around the Old Quarter, drinking some "Bia Hoi" at Ta Hien Street, enjoying egg coffee. Especially, it will be so regretful if you miss the opportunity to visit Night Weekend Market to enjoy the hustling and bustling atmosphere and buy a lot of souvenirs in the market.

Last but not least, one of the most important things that you should try to experience in Hanoi that is to taste delicious and traditional foods such as: Bun cha, Pho, Cha Ca La Vong, Banh cuon. By enjoying the specialties of Hanoi, you will get to know more about everything in Hanoi and get the deep impression from it.

Known as an ancient village in Hanoi , Bat Trang ceramic village is really attraction to...

Brush up on your Bargaining

Unless you see a stickered price on the souvenir you’re eyeing up, the price is probably negotiable. Remember your poker face, keep a limit in your head and be prepared to walk away if...
More

Buy a Souvenir That Will Last a Lifetime – Art!

I won’t lie… we were sucked in. In the Old Quarter you will see many galleries packed to the brim with stacks of paintings. For the most part, they are all reproductions, but this...
More

If you’ve read my blog, you all know that war tourism isn’t my thing. That said, traveling as a couple means compromises, and I don’t regret learning more about it. The Vietnam...
More

Cyclo a better way to get around

Visit Hanoi by cyclo to dive in the soul of Hanoi. This "authentic" way allow visitors discover the city center in intense emotions. This is another interesting point of view letting you...
More

Hanoi - especially the food - centric ones - notice the constant presence of edible stuff on their strolls around the Old Quarter and further afield. Street - side meat, bicycles laden with...
More

Water puppetry is one of typical stage art of Vietnam culture- showing the intelligence, creativeness of people; being specialty of Vietnam’s wet - rice civilization.
More

Water puppet show has been being existed for more than 1000 years and it is really a cultural value of Hanoi in particular and Vietnam in general. Enjoying water puppet show in Hanoi is one of...
More

Discover Hanoi on a Cyclo

Have you ever had a chance to discover and keep a look at every scene in Hanoi ? There is a wonderful and exciting way offering to you to discover Hanoi that is to sit on a cyclo and the...
More

Hanoi is not only famous for street foods but also for cool and healthy street drinks.
More

Egg coffee (cà phê trứng) is a Vietnamese beverage which is traditionally prepared with egg yolks, sugar, condensed milk and Robusta coffee. The drink is made by beating egg yolks...
More

Vietnam is a beautiful country which is well known for natural beauty, long history and multiple cultures. Therefore, it is easy to understand the reason why the number of tourists landing in Vietnam is increasing to a greater extent. People who are wishing to visit a country famous for both cultural and natural beauty can prioritize Vietnam without any constraint.

Even though there are thousands of places to visit, here are some highly recommended tourist spots which should not be missed once after landing in the Vietnam land: The 1000 year old capital Hanoi, breathtaking Halong Bay, peaceful Hoi An town, bustling and modern Ho Chi Minh City and countless of white sand beaches along the country from the North to the South. Each minute of you in Vietnam will be surrounded by friendly people who are eager to introduce you the unique culture or authentic cuisine of Vietnam which are now popular all over the world. Vietnam is now awaiting for your footprints to explore.

Caroline Eubanks is the blogger behind Caroline in the City and a freelance writer. She had a great time in Vietnam and She said that: “When I went to the travel, doctor to get shots for my trip to Asia, she specifically told me that I wasn’t to eat anything from street vendors or anything I... 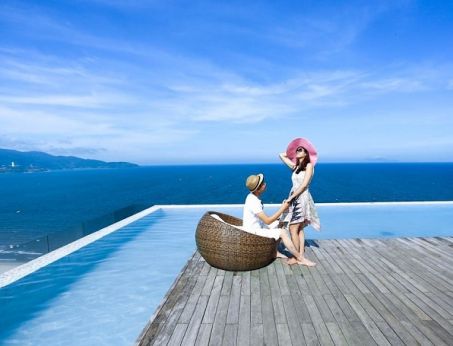 Authorities in the southern beach town Vung Tau have announced that free Wi-Fi hotspots are now available at its hydrofoil pier and the popular beach Bai Truoc. 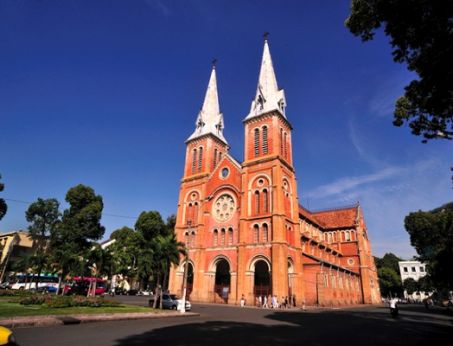 Nearly 1.8 million foreign tourists visited HCM City in the first four months of the year, a year-on-year increase of 14 per cent, according to a report from the municipal People’s Committee.
info@myanmarlandtour.com

A-Z of Other Destinations